Last week I received two of the loveliest emails.  Heartwarming, kind words, written by patients who took time out of their day and sent them to me.  They made me smile and gave me reassurance that my goals with my practice are on track; my intentions have always been sincerity, integrity, and comprehensive care.  I want patients to feel like they know “me” (hence this blog) and that they can trust me completely with their musculoskeletal healthcare.  I’m an open book with my emotions, and that extends into my practice life as well- what you see is what you get, and I’m invested in and fully committed to my work and my patients.  I’ve asked both of the aforementioned patients if I can share their words, and they’ve both agreed:

“Thank you so much for being awesome at what you do!  I feel so much better now that he is under your care.  I’m sincere in all my thanks, I just think you are the best and have the best interests of your patients always in mind. We are on track!”

“I can’t tell you how much better my Achilles feels today! It is like night and day. Amazing! Thank you very much!!”

Simple words that made a real difference in my life.  And the fact that I’ve made a difference in their lives too means I’m doing my job.  Connecting with people, the people part, is what I love the most.

Today, I challenge you to hand out a sincere compliment to three different people in your life via phone, text, or email.  Watch what it does to them, and to you. 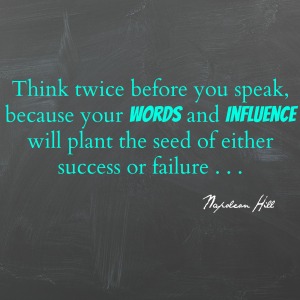 Another best-day happened the other day, this one in real life.  I was treating a long-time patient.  This patient has been with me from day one, ten years ago when my practice first began and I was new to Burlington.  This patient, let’s call him “Mr. M,” is in his late 60s and we first met when he was a member of the full marathon clinic I instructed at the Running Room.  We ran many miles together, and all the while I yickety-yacked his ear off.  (Note: if you want to get to know me, either read my blog or run with me; I’ll spill my guts.)  He has young grandchildren, similar in ages to my kids, and we often trade stories about the colourful personalities of four-year-old girls.

I’ve mentioned that it’s the “people part” of my job that I love the most, and Mr. M is one of those people that makes me happy to come into work.  Last week we were mid-treatment, when he mentioned that he’d recently been on my website and read my ‘Blizzards and Accomplishments‘ post.  “Ashley,” he said, “Your daughter is very lucky to have you, and I feel very lucky to know you.”  Then, in true gruff Mr. M fashion, he added, “And I’m not sucking up, because I don’t do that.”

Now let me tell you, that comment made my day.  I smiled all afternoon, and it still makes me smile when I recall it.  My challenge now is to pay it forward, to pass along the kindness, to make others feel as good as I did then.  It’s very easy to think positive thoughts, but our thoughts have more power if we let them out, and the most power when we share them.

That’s been my own personal improvement challenge as of late: to say out loud the positive thoughts that I’m thinking inside my head.  To spread the niceness, give some energy, generate some love.  I hope you’ll join me.

And Mr. M, I feel lucky to know you too.

***Please enjoy some daily tidbits on my Facebook Page: www.facebook.com/DrWorobec

I was in a situation a few weeks ago that I can’t get out of my head; a situation that I feel guilty about, that I’m disappointed with myself about.  And what usually helps is putting pen to paper, or rather fingers to keyboard, and getting it out of the rumination stage and into the take-action stage.

A few Tuesdays ago, my family was driving to swimming lessons.  We took two separate cars, as my husband was planning to head directly to the gym after swimming, while I was to take the kids home and put them to bed.  The kids chose to ride their with their dad, so I was alone in my car, a very rare occurrence, cozy and comfortable.  It was a stormy night, one of the few we’ve had during this mild Winter, with blowing snow and frigid temperatures, combined with mid-January evening darkness.  A miserable time to be out, and I was bundled in full Winter gear for the short drive to the pool.

I slowed down as I approached a red light, and noticed three people huddled together at a bus stop sign.  There was no bus shelter where they could be protected from the elements, just a bus sign on the side of the road.  I made eye contact with the figure whom I presumed to be the mother, and I glanced down at her two young daughters, who were likely in the four to six age range.  All three were in snowpants and parkas, scarves and toques, all carrying grocery bags and waiting for the bus to arrive.

Ten seconds later, I phoned my husband through my car’s Bluetooth.  “I’m turning around,” I said, “I’m going back to pick up that family I just saw.”

I arrived at the pool a few minutes after my family, and explained what happened.  I’d lost the opportunity to help, I told them.  I wish I would’ve reacted sooner, I told them.  Mommy was trying to be a good person, I told them.

But I didn’t try hard enough, and I’m quite honestly beating myself up about it.  Now, you can be assured I didn’t write this post to get online approval, or the you-really-are-a-good-person comments, but rather I wrote it because human experience has a learning curve.  Here’s a good reminder for us all: if you see a person who needs help, help.

Next time, I’ll do better.