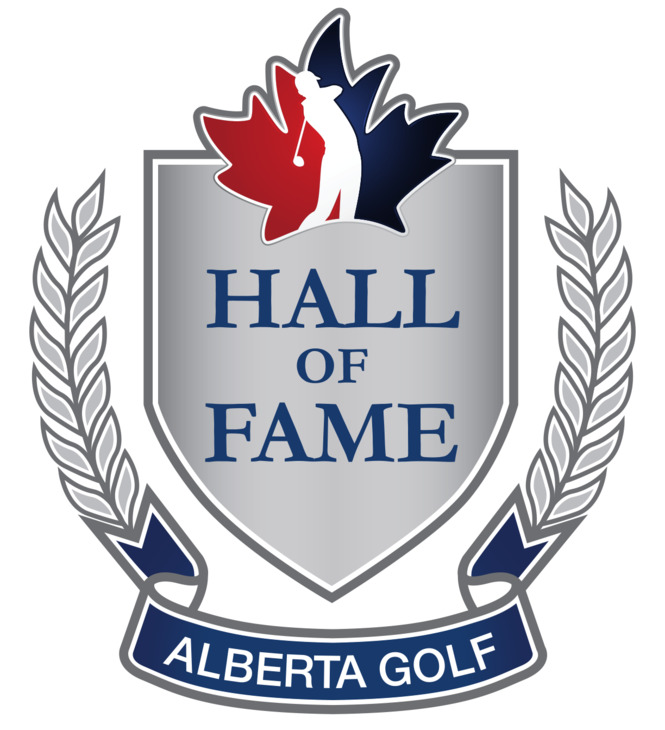 My dad is being inducted into the Alberta Golf Hall of Fame tomorrow night.  Parents often tell their children how proud they are of them, but statements of pride and admiration don’t flow from child to parent as commonly.

This is one of those times.

I’m so proud of him.  And not even for the Hall of Fame induction per se, but for the passion that he’s followed his entire life.

I grew up with golf playing a major role in my life.  Until I was ten years old, we lived in the tiny village of Hughenden, Alberta, with a population of a couple hundred people.  The golf course of my early childhood had sand greens, and at weekend tournaments I would earn spending money raking the sand as each group played through.  We owned a two-seater golf cart, and I vividly remember learning to drive it when I could barely reach the pedals.  I remember Sunday pancake breakfasts at the clubhouse, disturbing red ant hills in the treed area behind the number one tee box, building elaborate wooden forts alongside the forested roadway entrance, and walking the course in the Spring as crocuses peeked up and signaled the end of the harsh prairie Winter.  At seven years old, we memorialized our poodle, Sugar, with a pile of rocks that lies deep within the forest off the number three fairway.  I can still imagine that clearing in the trees and see my mother’s tears.  Am I painting you a picture?  Can you feel the golfbag on your back, the crunchy grass beneath your spikes, the crisp Alberta sunshine on your face?

After our move to Sundre, at age ten, my love of the game waned.  Moreso, I suspect, due to adolescent moodiness rather than any feelings for the golf itself.  Nevertheless, golf remained a constant.  We played as a family nearly every Sunday afternoon, even as my teenaged petulance grew.  Now, with the benefit of hindsight and maturity, I can see that these afternoons were never about the golf for my parents, but rather a chance to spend some time together.  My brother grabbed this opportunity and ran with it, eventually earning a golf scholarship to a D1 school in the States, and lots of international travel and competition.  I went the other way, rebelling against a sport steeped in rules and tradition; my perfectionism, impatience, and stubbornness do not serve me well on a golf course, and these days, I limit my golf to the driving range and tee boxes only.

But I’m flying in for the event tomorrow; just me, no kids, and 24 hours in Alberta at my dad’s side.  I’m going to squeeze in a run on my beloved Snake Hill, snuggle with my baby niece, and enjoy an evening celebrating my dad’s passion.  Because really, “there is no passion to be found in settling for a life that is less than the one you are capable of living.” ~Nelson Mandela 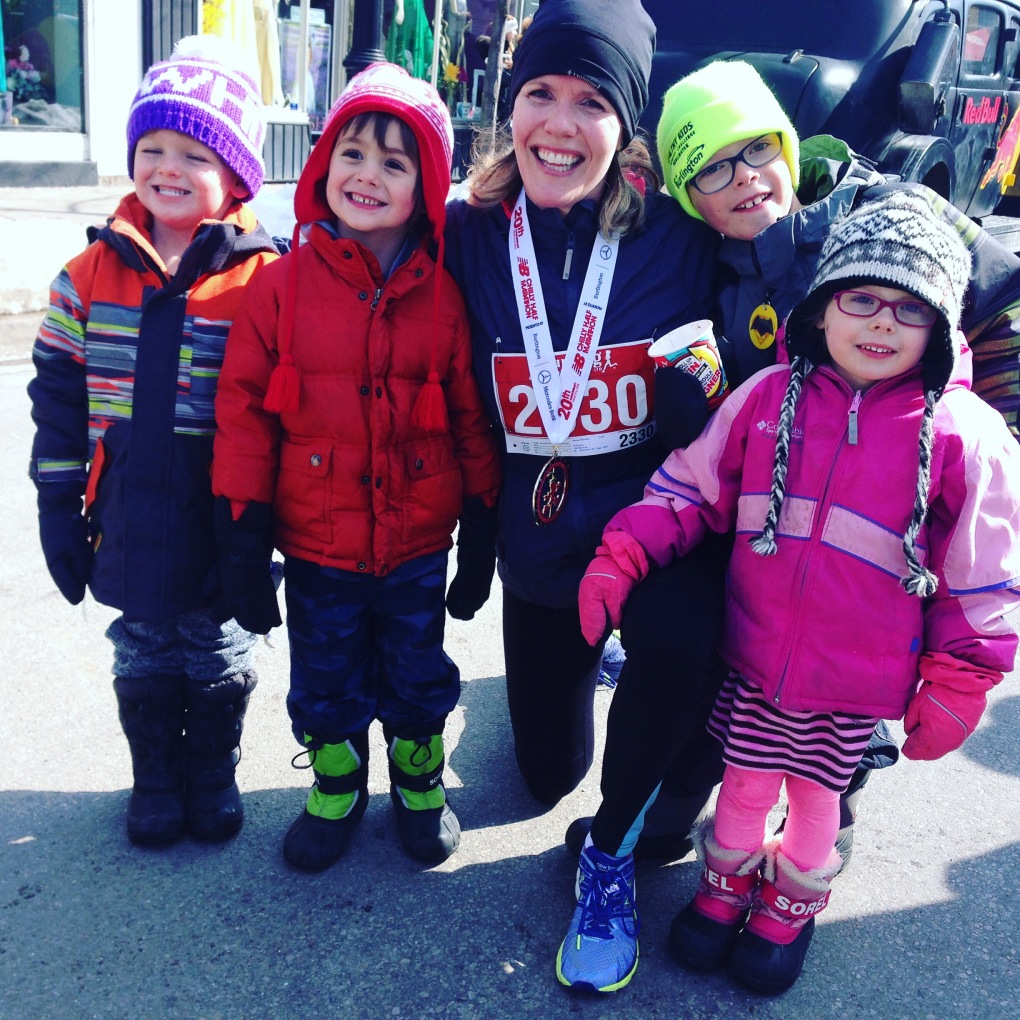 Two days ago, I ran in Burlington’s Chilly Half Marathon.  This was the 20th anniversary for the event, and I’m guessing that I’ve participated in six or seven of those twenty.  The Chilly Half is a staple in my life.  There have been years when I was fit and fast, years when I struggled just to finish, and years when I ran with friends for fun.  Sunday seemed to be a combination of all of the above.

Approaching this race, my mindset was different than ever before.  This time I was running for only me, ignoring the self-imposed pressures of race times and previous bests.  My dear friend Michaela was set to be at my side, but unfortunately got sick the day before and couldn’t make it.  So I ventured to the start line solo, took a picture to offset some nervous starting corral energy, and off I went with the pack.

I started much faster than I’d planned, getting caught up in race-day adrenaline and swept along with the thousands of footsteps around me.  Perhaps it was my imagination, but I heard panic in the voice from my running app as it announced my pace per kilometre.  In hindsight, that panic was likely my internal dialogue, as I knew I could not hold onto the speed I’d started with.  I have lots of racing experience and have probably completed upwards of thirty or forty half marathons; going out too fast is not an error I make often, but one that I know the full ramifications of.  And sure enough, I paid for it: my right foot went sporadically numb, my chronic hamstring injury reared its ugly head, and my obliques were screaming from those awful toes-to-bar in my CrossFit Open workout two days prior. Kilometres six through nineteen were a blur of self-talk…..

But this post isn’t meant to be a race report.  To write a race report, you must race, and that’s not how I approached Sunday; I was over-scheduled, under-trained, and certainly not prepared.  Instead, this post meant to tell you what happened after the race.  I finished in 1:42.  My personal best is 1:23 (in 2004).  This means I ran nearly one minute per kilometre SLOWER than what I used to run.  And yet, it’s hard for me to remember a running moment I’ve been prouder of than I was on Sunday.

You see, this was waiting for me:

My kids.  My friend’s kids.  The medal, the music, the energy, and they were caught up in it all.  My children have been to dozens of finish lines to cheer me on, but this one seemed different.  Their excitement and pride shone through their smiles, bigger than ever before, and I could physically see the impression I’d made on them.

The truth is, I talked myself through that entire 21.1km.  I finished through sheer will and stubbornness.  And that’s why I keep running, keep racing, keep coming back for more: the runner’s high.  And really, the runner’s high is just fancy lingo for a sense of accomplishment.

On Sunday, my children got that runner’s high too.  So all my struggle was worth it.