My daughter is six years old, and for the past two Winters my husband has been her hockey coach.  She plays for a local girls hockey league, and this year she’s got one hour of practice and one hour of a half-ice game per week.  If there’s anything cuter than a pack of ponytailed Grade 1-ers chasing a puck, well then I’ve never seen it.  She’s been on skates since she could walk, like a true Canadian kid, and she’s well-versed in Hockey Night in Canada and the Leaf’s Stanley Cup drought.  With sport-obsessed parents, she’s come by it honestly.

The improvement in her skills from the start of the season, at only two hours of ice-time per week, are incredible.  She’s gone from wobbly and timid to confident and sure-footed.  She can put her gear on entirely by herself, except for skate laces and helmet snaps.  She can pull her hockey bag, carry her stick, and she can last the full hour of ice-time.  She’s a dependable, capable competitor.  And yet, we’re teaching her to pass the puck….

In a recent hockey meeting that my husband attended, it was pointed out that as our girls are growing into hockey players, they are often taught to pass the puck to their teammates.  In amongst the skill-building, they’re being told to give everyone a turn, to share the puck around, to not leave anyone out.  All good things, yes.  However, this has led to older players scoring less, favouring the pass over the shot.  Now, I have a son in hockey too, and I attend most of his practices and games; I see that he too, is told to pass the puck.  But not as often.  And not in the same situations.

You see, these instructions are heard differently through the ears of a young girl.  These words are spoken within a society that teaches girls to be polite and kind and teaches boys to be forthright and determined.  And while I’m not going to delve deep into the gender equality conversation on this chilly Tuesday morning, this post is a snapshot of what’s been on my mind.  I’ve got Sheryl Sandberg’s “Lean In” and Kirstine Stewart’s “Our Turn” on my bedside table and I’m fresh off a Mexican vacation where women in the workforce was a big topic of conversation.

So I hope that my words make you think.

This small example, using the metaphor of hockey as life, shows me that there’s still work to be done.

Let’s teach our girls to shoot the puck. 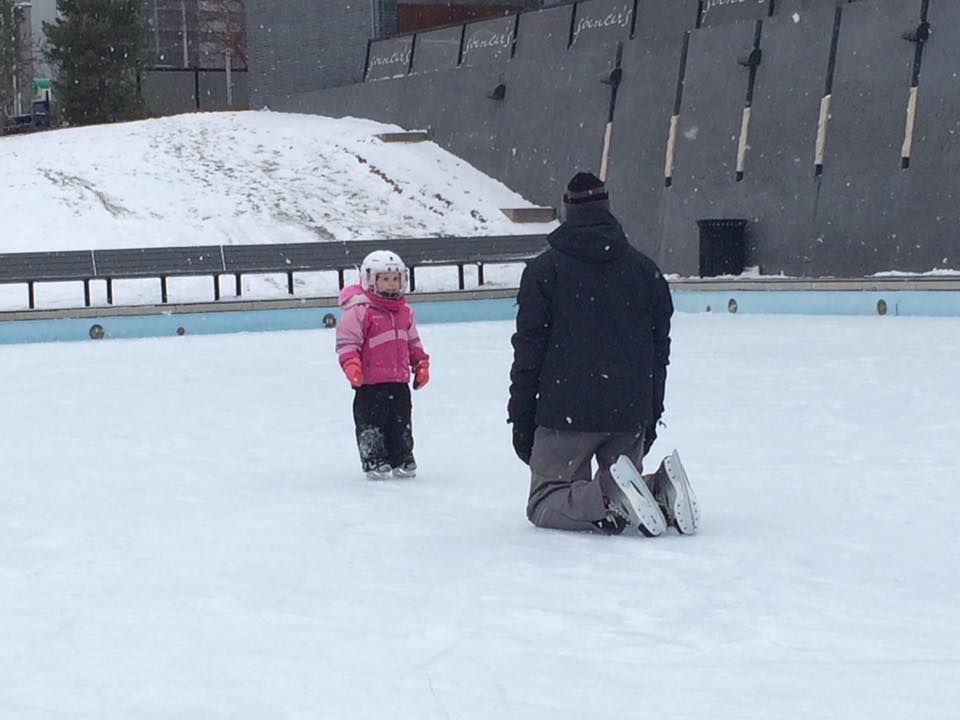 Three years ago, learning to skate.

2 thoughts on “Shoot the puck”